August 25, 2018
The exhilaration of jumping into a completely unfamiliar environment and navigating a new way of life is a unique feeling that cannot be put into words. It is an experience that should be lived!
Before leaving for my two week stay in Costa Rica, I had been talking about my trip for months. I was incredibly excited, as it would be my first time travelling to a different country. I had no doubt that no matter what happened while I was there, it was going to be an amazing time. On the airplane, I watched movies about travel and adventure, which made me feel more ready than ever to be in Costa Rica. It wasn’t until I landed at the San Jose airport, however, that a bit of anxiety began to surface. The realization of I’m actually here, this is happening right now set in. Before then, my trip had always been something cool I was going to do in the future. All I had been thinking about was how much fun I was going to have, not the things that could go wrong. Now I had all sorts of “what if” questions whirring through my head. I worried my Spanish wouldn’t be good enough, that I hadn’t packed everything I needed, or that I might accidentally do something to offend my host family. 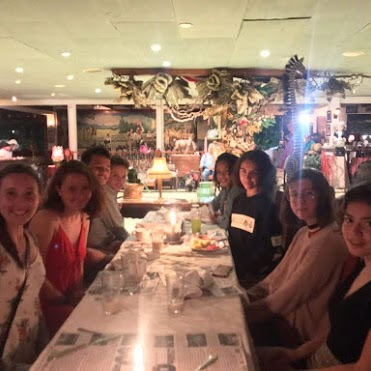 On the car ride from the airport to my host family’s house, I was hesitant to speak with my driver. He had the radio turned up loud, drove fast through the narrow and winding streets, and told me enthusiastically about the country. His demeanor excited me, but also gave me the feeling that I was an outsider. I didn’t yet have the confidence to match his level of enthusiasm. Once I arrived at my host family’s home in San Jose, my host mom immediately gave me a hug and brought me inside to show me around the house. At first, I was overwhelmed by how quickly she spoke and how much she had to tell me. Then, it felt as though a switch flipped in my head. I noticed that I actually understood the majority of what she was saying and started to speak a lot more. We talked for about an hour, just getting to know each other. Once I actually began speaking, I realized my Spanish was better than I thought. All it took to get over my initial fear and shyness was to go for it. I made plenty of mistakes, but she was eager to help me learn. From then on, I was ready to explore the culture, meet new people, and take in the scenery.
My mornings and evenings were spent with my host family. We talked about our days and enjoyed meals together. During the day, the chaperones brought me, along with other students in the program, on excursions and did activities with us. We learned to cook traditional Costa Rican meals, ziplined through the jungle, visited a coffee plantation, and so much more. It’s easy to talk about what I did and the places I went, but what I found more valuable is how it felt to be there and how my perspective changed from the beginning to end of my stay. The overall carefree lifestyle of the people in Costa Rica is one thing I found particularly admirable. Rather than stress about how to become more successful and change their current situation, they accept the circumstances they are in and utilize what they have to make daily life as enjoyable as possible. 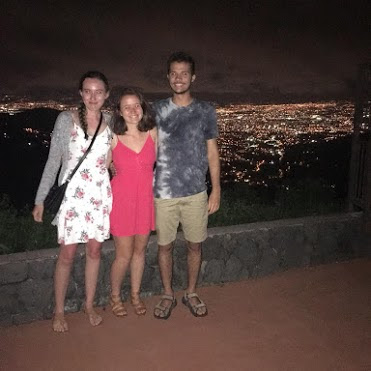 I expected leaving to be easy. Returning to my family and friends to tell them about everything that happened was something I really looked forward to throughout my trip. When the driver arrived at my house to drive me back to the airport, I was surprised to find that I wasn’t at all ready to leave. I had developed such a love and sentimental attachment to Costa Rica and found it hard to grasp that I wouldn’t wake up there the next morning. On our way to the airport, I couldn’t stop talking about all the little things that made Costa Rica an amazing country. My driver (the same one who drove me from the airport on my first day), mentioned that I had definitely changed since the beginning of my trip. He was impressed with how my Spanish had improved and I felt very content talking with him. Saying goodbye was difficult. There’s no doubt in my mind that I’ll be coming back!
Your trip really is what you make of it. If you go into it with an open mind and a positive attitude, it is bound to be a great time. Just remember: none of these people know you yet! It is the perfect opportunity to experiment with acting outside of the confines of your insecurities and doing things you normally wouldn't. Immersing yourself in a new culture can draw out a side of you that you didn’t know was there.
-Hailee