Vale! Getting to Know the Spanish Lifestyle

August 20, 2018
Oh my gosh, Spain was so much fun! I have already been taking Spanish for 11 years, so it was very easy communicating and understanding things while I was in Spain. There were only a few words I had to get used to such as “Vale”, which means “alright”, and “Vosotros”, which translates to “you all”. That being said, for everyone who is new to the Spanish language, this trip will definitely make you 100 times better in el Español.

When I got to Madrid, I was very tired from the very long plane ride, as well as a little nervous to meet my new host family, whom I would be staying with for three weeks. However, when I finally met my family, they were so nice and accepting of the fact that I wanted to get some sleep. 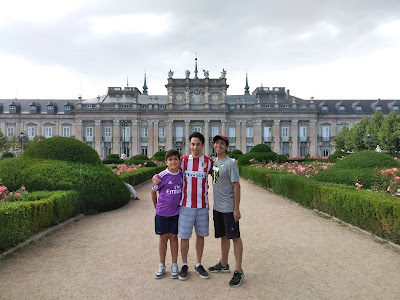 A typical Spanish day starts with a very delicious (but small) breakfast. Then, we would usually visit a part of Madrid, and have lunch at around 3 or 4 pm.  Our apartment was only about 5 minutes from the center of Madrid, so my two host brothers and I traveled there by metro a few times. My host family also liked taking me to the small towns by Madrid such as Segovia or Chinchón (very cool towns, with lots of history). We usually ate dinner at around 10 or 11 pm, then chilled out and talked until we went to bed at around midnight or 1am.

A big part of the Spanish culture is being a part of your community. Since everyone lives in apartments, it's pretty much a given to be kind to one another, which the Spaniards are indeed.  Everyone knows everyone else from the building, and greets them no matter the time of day. When I went down to the pool in the middle of our apartment building, everyone was very kind to me, knowing that I was from the America. 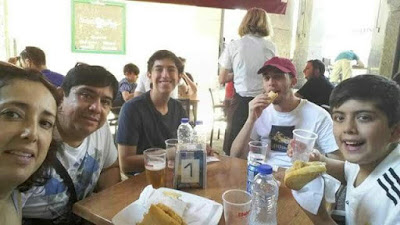 If you are wondering about the food, the Spanish cuisine is very delicious. Ham (Jamón) is very popular there, as well as many other Spanish meats that you can't find here in the US. However, if you're vegetarian like my friend who went to Spain with me, she said her host family was very accepting, even if eating meat is a big part of Spanish culture.  Fruit is also very popular in Spain, and is very good! It's typical to have it at breakfast and for dessert.

Besides Madrid, the group got to go to Iceland for two days before we came back to Portland.  In my opinion, after three weeks of being in Madrid, going up to Iceland was completely different.  The landscape there is so incredible, and there is lots of fascinating things you will probably only see once in a lifetime.

Again, I had a very AMAZING time on this trip.  I made so many new friends both with the Spaniards and the other kids in the group! I would recommend for everyone to try it out!