October 26, 2018
A trip to Costa Rica had been on my bucket list for years, although I always envisioned it would be in the form of a family vacation. I never saw myself as a study abroad student, but I dreamed about meeting new people, trying different foods, and exploring the unknown. I wanted to push myself out of my comfort zone and see the country from a local perspective, so a homestay program became my ticket to Costa Rica. However, the weight of what I had signed up for didn’t register until I was alone in the airport. The nerves kicked in and I worried about communication, safety, and travel. Customs and immigration were a bit nerve-wracking, I’ll have to admit, but my anxieties wore off in a matter of minutes as I took in the new country and was introduced to my host family. 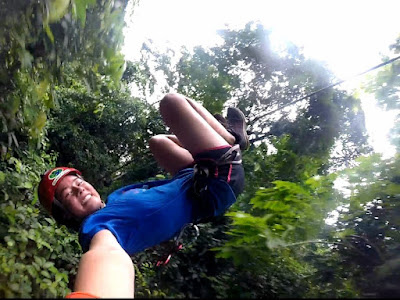 The next two weeks were a whirlwind of adventures and emotions. As soon as I stepped out of the airport, I was greeted by two friendly chaperones and a driver. They spoke English and immediately made me feel comfortable. My host mom was extremely kind, preparing a grand breakfast for me after my early morning flight. One of the many highlights of my trip was our dinner at Ram Luna, a traditional Costa Rican restaurant overlooking the capital city. This beautiful restaurant was famous for their food and dance, making it feel like a Latin American version of a Hawaiian luau.

In just a few weeks time, I had already learned so much. Costa Ricans, also known as Ticos, reply with “con mucho gusto” instead of “de nada.” They honk their cars as a greeting and thank you to others, not out of frustration. Arriving late is common in their culture and is not considered rude. Ticos are all about a “Pura Vida” lifestyle, which is evident in their peaceful ways. Every person I met was passionate about their culture. One of our tour guides, known to us as Tio Loco, was very knowledgeable about Costa Rican culture and history. You could tell by the way he told stories how proud he was of his country. 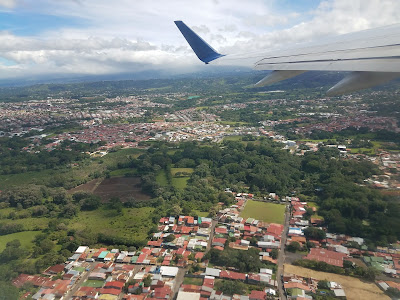 While my overall trip was wonderful, I found I was not able to connect with my host family as much as I had anticipated. Neither one of my host families had children my age, and my days were filled with activities with the tour group. Thus, the only time I had with my host family was at night, when they were relaxing in their private rooms. Rather than intrude on their personal schedule, I tried to meet them in the middle. For example, I did my homework in the living room instead of my own bedroom one night. My host mom joined me after she finished cleaning the kitchen and helped me with my work, even encouraging me to read my sentences aloud to improve my pronunciation. I learned that cultivating relationships is a two-way street. It is important to initiate interaction while understanding that they need their personal time as well.

My trip to Costa Rica is a memory I will treasure forever. I learned how to be independent and open-minded. I saw the positive effects of saying yes and how many doors can open because of a simple conversation. Most importantly, I learned how eager people are to share their culture if you give them an opportunity to do so. I witnessed the importance of dialogue, despite imperfect grammar and vocabulary.